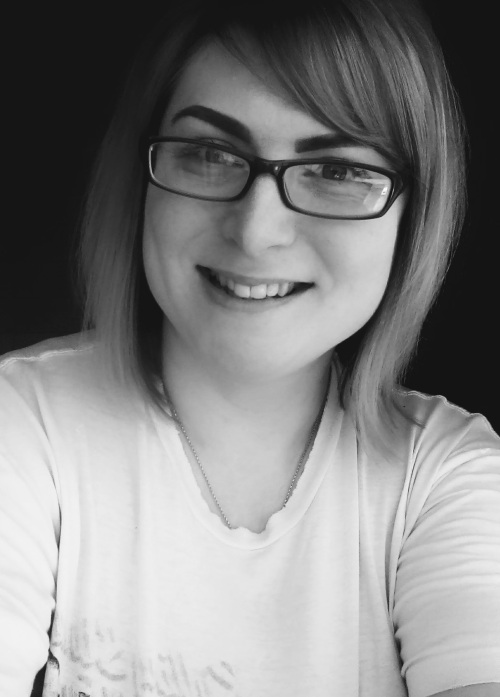 Kindra M. Austin is an indie author from Chesaning, Michigan, USA. Her debut novel, “Magpie in August” was published in April, 2017, and her book of poems of prose, “Constant Muses” followed in December. Other publications include several poems featured on SpillWords, and an essay advocating for LGBTQ rights, printed in the Mansfield Pride magazine. She is currently working on a novella, and a second collection of poetry and prose.

Austin has been writing for over twenty years. In 2008, she began blogging under different pseudonyms while briefly moonlighting as a writer/editor/internet radio personality. She’s the founder of Poems & Paragraphs, a founding member of Indie Blu(e), and a writer/managing editor at the Sudden Denouement Literary Collective, including Blood Into Ink, and Whisper and the Roar.

Magpie in August, set in the thumb region of Michigan, is the narrative of Magpie Carey, an acerbic young woman on a soul searching journey with her alcoholic mother in tow. The driving force of my novel is grief, and the healing of emotional wounds through the act of forgiveness; it’s about the fragile relationship between a mother and daughter, death, and learning how to live after experiencing such great heartbreak.

Magpie and her little sister, Renny (Wren), share a birthday in August. This August marks the eighth anniversary of Renny’s drowning in Lake Huron, at the age of ten. Since the tragedy, Magpie spends every one of her birthdays in Tawas with her mother, Lynette. Magpie despises the killer lake; she only goes for Lynette’s sake.

This trip in particular is the most difficult Magpie has yet to face, as she must culminate her strength in order to fulfill a promise sorely made, and at last confront those who haunt her—both living, and dead.

Constant Muses is a collection of poems and prose dedicated to Austin’s inspirations, most notably, her late mother.

“We served enormous club sammiches made on freshly baked French bread yesterday at your memorial luncheon. The deli at your favorite grocery store had prepared the tasty beauties, and I know you would have been impressed. I cut the sammiches with great precision, like you would have done, providing equally sized portions. Seriously, Mom. I was hyper-focused. Because putting all of my attention into minute details that no one else would have given one good goddamn about, was far easier than watching our family and friends walk through the doors with cards, and pathetically arranged faces.”