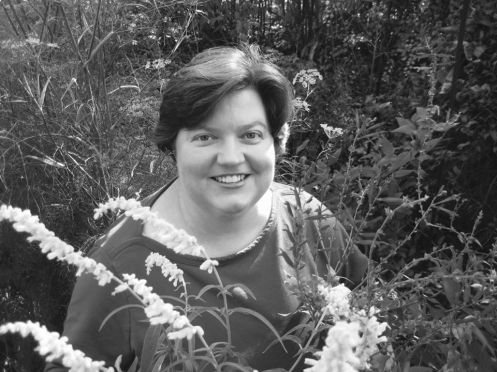 This is a book about many things. In essence this is a book someone who has chronic pain or any chronic condition will find a great deal in. Any woman also. Any lesbian. Virtually any human being if they are willing. It’s a universal book about a life. Sarah Bigham asks in her introduction; What is truth? Truth may be malleable but she’s most certainly able to access it within Kind Chemist Wife; Musings at 3am. The first time I read this title it was in Bigham’s biography and I thought it was such a gentle term of affection for her wife, which has gone on to seed her creation.

Bigham is covering a long time period, from hometown, student, campus, professor and her exploits otherwise. This all needs to go together to fully tell her story. This isn’t just poetry, the majority is prose or prosetry, and as such you need to do more than flick through to find your favorite poem, it doesn’t work like that.

Bigham is clearly a highly intelligent writer. You might think aren’t all writers? No. By intelligent I mean she brings things up we know, but in such a way it causes us to think more on the subject at a deeper level. This works really well with poetry of course but she’s also able to employ it with the unpeeling layers of her prose. “There is silence behind those doors now. Joy must be easier to embrace than pain. And so it will always be.” The seemingly simplicity of her observations are anything but.

If we tell our stories, the secret question is always, why would anyone want to hear? If we are ‘famous’ then it’s expected a certain portion of people may, but what if we are just us? What makes a life story of a stranger interesting? I would say the obvious answer is relatability but equally it can be the candor and courage of the storyteller. In Bigham’s case, she has a clever way of landing a point with something we can all envision, as with the story of her birth, ending with ‘I can almost hear the drill.’ It is both macabre, and highly human.

Funnily enough reading Bigham’s life you would imagine her older than the ‘middle aged woman’ she describes, as if her memories are older than the 48 years, she’s inhabited this earth. This speaks of chronic pain more than anything, even when relatively still youthful, people who experience chronic pain may experience time differently and feel at 48, much older than their years at least physically. I could feel this in the aged quality of her memories, not a bad thing but a part of who she is as someone who is never free of physical pain.

This leads to Bigham asking questions of certainty; What is true? What is certain? Can I ever be as certain as someone else? For a highly intelligent woman, it is hard often to place certainty in position of immutable and not feel it will shift. Bigham’s memories are very kaleidoscopic, they have less order than poignancy and as such, this is a disordered foray into a person’s 48 years of living and of their memories of their ancestors, which makes it a larger story than just one person, covering a multitude of topics, but always able to boil down to what really matters.

Coming from highly educated parents, less common in 1972, Bigham has excellent recollection of memories most of us would have long forgotten and as such, is able to illustrate with great alacrity, the landscape and vividity of her childhood especially. As she says; “I have always been quirky and find that I am often dealing with people who blink at me. My wife tells me this is because people are still processing what I have said. I am sure I am exasperating.”  Her frankness is endearing despite her insistence we might find her annoying, I suspect we’d find her a relief from the faux world beyond.

If you are expecting a linear, well compiled and ordered series of memories that lead to a definite conclusion, Kind Chemist Wife: Musings at 3am will utterly disappoint. This is far more in the realm of By Grand Central Station I Sat Down and Wept”, written by Elizabeth Smart the journalist, inspired by her romance with the poet George Barker. Why? Because the interject of Bigham’s wife’s thoughts about how others will see her, the going back and forth without specific order of thought, it’s more a phantasmagoric method of imparting than sequential, it’s a highly female and somewhat old-fashioned brute honesty approach in the vein of those thoughtful writers of old before technology gave us editor. Whilst some may be dismayed at this, I have found, these types of books are the most beloved, for their diary like bluntness and how we can climb over the social norms at get to the marrow of what is being imparted.

Clearly Bigham relishes intellect and it is both her haven and her confidence, as well as what she is attracted to and proud of in herself and others. But I am glad kindness also becomes a part of this story, for without it, we may only be reading about precocious childhoods and odd-girls-out and not get more from the story. Most of us would have let go of the pains of childhood and not even recall them, but there is a nostalgic value to recalling those slights and what made us, us, if you are able to, because you get a better sense of why you are who you are. Bigham’s prodigious memory is uncannily able to color in the myriad detail of her youngest years. You can tell Bigham loves to write, and is able to write on near any subject, she is also not always aware of when she may over-explain or over-tell a story, which we are all guilty of at times, but in this, it’s like having a conversation with your best friend.

Additionally, the story has little structure so at times it can be hard to hold onto those memories with the same cherish the author invariably does. But understanding how people become role models, or indeed, stop being them, elucidates childhood at its most focused and that in of itself holds value. As Bigham says; “Spending time in other homes taught me a lot about people in general.” This is one other way she’s able to elucidate on subjects with such honed skill. She has always been as much an observer as able to relate her observations. “I never felt I really belonged to anything” may sum this up best. For what does someone who feels on the periphery do? But pay attention to what everyone else is doing and how it makes them feel?

There is definitely a sad quality to this memoir as well as a lonely one, perhaps evoked best by descriptors such as; “social cannibalism of high school.” For those who struggle to fit in, who feel they know more than others and this is unappreciated, or who simply love to find out how others think and feel, this coterie of stories by Sarah Bigham will appeal and read much like a collection of letters from a favorite relative. Even if it’s not our own family we can learn and appreciate from the recollections of others. Furthermore, there is a universal message about children with disadvantage (her chronic pain) and how despite that, we can flourish and nay, excel.

I would be dishonest if I did not say, I am deeply drawn to the poetry in this collection for the simple reason that poetry is always original and it is harder for prose to be quite as enticing, or as thrilling, much like comparing a song with dancing without music. But that’s my bias. Sarah Bigham’s ability as a poet is extremely high, and she employs beautiful words to add to her recollections such as in the poem Inheritance where the word ‘gloaming’ a relatively unused, classical poetry word, is absolutely perfectly situated.

Her smarts are wholly evident (“Words have always been my utopian refuge”) in poetry where you cannot afford to run on and must be clever and concise. Lines like; “With a passion you had held in your diaphragm.” You cannot help but be spell bound by this clever woman’s tongue. Each little detail such as ‘freckled hipbones’ really raises the hairs on your arms, because it’s like she’s right there, seeing into you and everyone else. That at times horrifying but certainly uncanny ability as a poet really shines in this collection.

“I am forgotten — / in a mint green examination room / with yellowing stains in the / pitted corners of the vinyl flooring, / overhead lights / winking at the joke.”

I was also struck by Bigham’s comments on today’s writing marketplace and her universal question; “How many submissions, for and by women, may be rejected because there is nobody reading these submissions with an eye toward women’s experiences in the world?” This is a necessary, wider question beyond the scope of the book, which hints at the lethargy for truth from women by women in our publishing industry at large. I felt very proud of Sarah Bigham for having the courage to speak this truth, and I hope as more women do, what is considered publishable, and valuable, will shift to greater inclusion of fringe voices, which incredibly, still contain women despite our 51 percent of the population.

It horrifies me that a woman of Sarah Bigham’s awareness, or for that matter, any woman, irrespective, should be mistreated by our medical system so appallingly. However, having experienced the same biases and taints myself, I can attest to Bigham’s sorrowful recollections of discrimination and labeling by doctors. For anyone who has gone through ‘the system’ or any system that has a patriarchal bent, this book will resonate with you.

Pain Warriors are all very well but that’s if we make it. Bigham’s honest recounting show the fragility of this and how so many probably do not. It is both heartbreaking AND necessary to be aware of what women like Bigham experience and how our system fails them and despite this, they carry on. If that were the only value to this book it would be enough. Of course, it is but one of many. As Bigham says; “Stigmas be dammed.”

There Is No Manual for This, The Ologies and The Purse, are my favorite prose stories in the collection, for their embodiment of survival, humor set against suffering, unsaid love, and its quietude of daily life and the very great pains and joys that accompany them. There is such a pure, fierce courage in those words, it makes me want to know Sarah Bigham and her Kind Chemist Wife and hear all her musings at 3am. “The spots on my mother’s hands (the ones she says make her look old) that are part of the gentle hands that have hugged me for years and intertwine with mine when we walk together these days.”

Bigham reminds us of what matters, and also of what does not, in a flawlessly frank and at times extremely emotive book that is brimming with quiet immemorable value.

You can purchase Kind Chemist Wife: Musings at 3 a.m. direct via Amazon and through other independent bookstores.

If you are a fan of GoodReads consider leaving Sarah a review: https://www.goodreads.com/book/show/52191096-kind-chemist-wife

Sarah’s work can also be found in SMITTEN published by Indie Blu(e) as one of the talented poets part of this incredible female-only anthology about love and relationships.